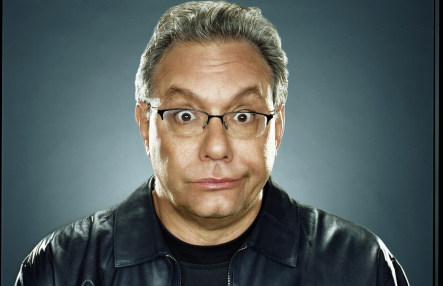 The American comedian and actor is perhaps most famous for his regular segments on The Daily Show with Jon Stewart, though he’s currently on stand-up tour. The Local caught up with Black to find out more about his career, inspiration and thoughts on Scandinavia.

Have you ever been to Sweden before?

No. But long ago, when I was young, I had a wonderful relationship with a Swedish girl. And I have seen all of Ingmar Bergman’s films. I don’t think either really count.

How do you plan on making the Swedes laugh?

Hopefully the way I make all my audiences laugh, by just yacking away.

Aside from your show, what are you planning to do once you’re here in Sweden? Eat meatballs at IKEA while listening to ABBA?

I have already had those meatballs. I like ABBA. What’s not to like? But I won’t go to Mamma Mia.

In your stand-up routines, you have joked a lot about American culture and stereotypes. What do you have to say about your experiences in European culture?

I would like to spend more time immersed in European culture, so that I would have as much to say about it as I do about my own country. It’s why this is what I hope is the first of many tours of Europe.

Do you think there is anything that Americans can learn from Europeans? Or vice-versa?

I think Americans can learn that other countries have solved problems that we face and maybe the answers they have found would work in our country. And that life is too short not to enjoy it more – we work ourselves to death here. Europeans could learn that the United States is a multicultural petri dish and there is a lot one can gather by watching us mature, if we ever do.

I think what makes it difficult is that I think too much about it because of language and culture, and don’t rely on my instincts enough. But each time it gets easier.

As a comedian, where do you get inspiration from?

Anything that makes me angry. Usually it’s stupidity.

Do you ever find that people don’t take you seriously when you want them to, because of your job?

No, actually they take comics in the States way too seriously sometimes.

Do you get stage-fright before you perform?

Which do you prefer – acting in movies or doing live stand-up?

I like doing movies. I love doing live stand-up. Not that I wouldn’t like to do a few more movies.