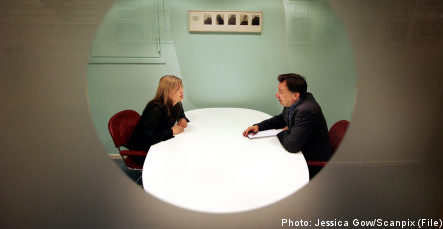 Only 10 percent of young Swedish workers are satisfied with the way in which their salaries are set, according to a recent study carried out by the Novus Opinion polling company on behalf of the Swedish Organization for Managers (Ledarna) and the Almega employers’ organization.

More than half of the 1,500 workers between the age of 25- and 30-years-old included in the study said that the setting of salaries ought to be more individualized than it is today.

Currently, six of ten respondents to the survey said they had the ability to influence their pay.

More than half of those polled think that improved performance or an increase in responsibility are valid reasons for a pay raise.

On the other hand, 38 percent believe that age is a weak justification for receiving a salary bump.

At the same time, interviews with 200 participants on both sides of the labour market reveal that support for a more individualized setting of salaries is nearly 100 percent among employers, while the figures among union groups is considerably lower.

White collar unions are most positive to the idea of negotiating salaries individually, with more than half supporting the idea.