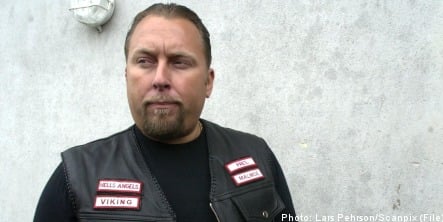 Staffan Erfors previously served as the editor-in-chief for Expressen’s south Sweden edition, Kvällsposten, and is currently based in New York.

According to wiretapping transcripts made public earlier this week, Erfors lent Möller the keys to his apartment to allow the notorious gangster to receive visitors.

The transcripts were part of an indictment brought against Torgny Jönsson, referred to in the Swedish press as “the mafia’s banker”, who is suspected of having defrauded investors of 117 million kronor ($15 million).

Erfors initially denied his connections with Möller when confronted by editors at Expressen.

“On this issue he has not exercised the good judgment that one would expect,” said Expressen’s editor-in-chief Thomas Mattsson to the TT news agency.

“Associating with one of the most prominent representatives of the Hells Angels is not good.”

While he was convicted of assault and threatening a civil servant, he escaped conviction on charges of more serious drugs crimes, extortion, and accounting fraud.

He has lived most of his post-Hells Angels life in South Africa, although reportedly returned to Sweden in early 2009.

Mattsson said he and Erfors both agreed that the reporter’s credibility had been damaged as a result of the incident.

However, Expressen’s top editor emphasized that there is nothing to suggest that Erfors’s contacts with Möller affected content which appeared in the newspaper, as Möller has previously alleged.

According to Mattson, the former Hells Angel president’s claims are easy to discredit due to the simple fact that so many employees are involved in publication decisions.

Erfors reportedly got to know Möller when both were active participants in Malmö’s nightlife.

Mattson refused to comment directly on whether contact between the journalist and the former gang leader was a problem in and of itself.

“It’s important to remember that we are happy to have our colleagues meet, interview, and interact both with corporate directors, outsiders, and criminals, to portray all segments of society,” he said.

“But it’s important that they know when to draw the line when it comes to how those contacts are made and how the relationship appears. There are always reasons to evaluate the contacts one has with those one is investigating.”