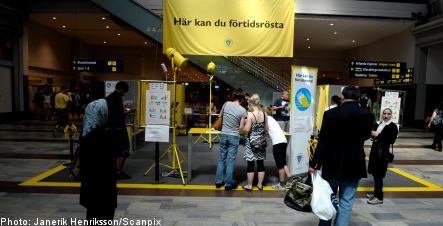 Young people are among those most unaware of the elections.

Synovate has assessed voters’ knowledge of the elections on four occasions.

When the first poll was taken at the end of March and beginning of April, almost eight of ten people answered incorrectly when asked during which month the EU elections are held.

In the fouth and final poll, which was conducted during the last few weeks, 25 percent of those asked still didn’t know in when the elections are held.

Seven percent responded with the wrong month or a different year, and 18 percent were unsure. Of those between the ages of 18 and 29, almost one out of three individuals were unable to say when the EU elections are held.

Synovate interviewed 1,482 individuals between May 28 and June 3.