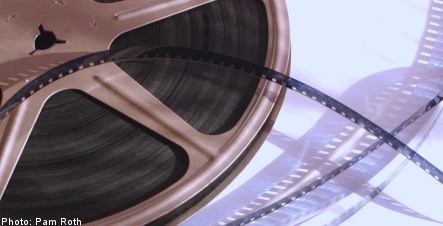 The planned dissolution of Sweden’s film censorship agency, Statens biografbyrå (SBB), means that Swedish filmgoers aged 15 and older will no longer have to wonder whether or not a particular film has been censored by the state.

The proposal comes as a part of the findings of a government-mandated inquiry into how to update laws governing how films are reviewed, including how to protect young people from media featuring content seen as harmful to minors.

Since 1911, SBB has been charged with reviewing and, when necessary, censoring films with unsavory content.

But technological changes as well as a proliferation of other outlets through which films can be viewed means that the agency only reviews a small portion of the content viewed by Swedish cinephiles.

According to current regulations, SBB can censor any film which depicts events “in such a manner and in such a context as to have a brutalizing effect” and is judged to have “explicit or protracted scenes of severe violence to people or animals or depicts sexual violence or coercion or presents children in pornographic situations.”

But the agency rarely exercises its power to cut scenes from films, or orders a film banned altogether.

The Local reported in 2007 that the board last cut scenes from a non-pornographic film in 1996, when three scenes were removed from Martin Scorcese’s gangster movie ‘Casino’, despite protests from the director.

As an alternative, the inquiry proposed that a new media agency be created to replace both the SBB and the Swedish Media Council (Mediarådet), another state agency aimed at reducing the risk of harmful effects on children and young people of certain media content.

“The new agency won’t be so judicial, but rather a contact body with information; to help children learn to understand the media, to have a more critical eye,” said inquiry head Marianne Eliason to the Dagens Nyheter (DN) newspaper.

The new agency will also assume SBB’s current duties of managing the four levels of age restrictions for films in Sweden.

Moreover, the new agency will no longer employ “censors”, but instead will include a team of “film examiners” tasked with determining the appropriate age restriction for a given film, rather than censoring it.

The inquiry also proposes that film companies be allowed to submit their films for review by the new agency voluntarily. However, films not reviewed by the new agency would automatically be classified as only appropriate for viewers 15 years and older.

Since implementation of the inquiry’s findings will likely require a change to Sweden’s constitution, Eliason doesn’t expect the new system to be in place before 2011.