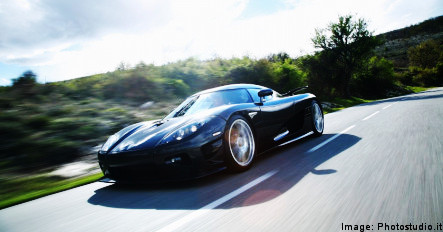 Koenigsegg has signed a declaration of intent with regard to the purchase, with more detailed negotiations set to continue over the coming months.

The sports car maker, based in Ängelholm in southwest Sweden, has secured the backing of Norwegian investors, according to Rapport.

Koenigsegg has long been named as one of the parties interested in snapping up the ailing Swedish auto giant.

Earlier on Thursday, the Swedish trade ministry indicated that a sale was near when it released a statement to the effect that negotiations could now begin over state guarantees for loans to Saab. The Swedish National Debt Office (Riksgälden) is to act on behalf on the Swedish state in opening loan negotiations with Saab Automobile in order to pave the way for lending from the European Investment Bank (EIB).

“We have always said that when Saab got a new owner Riksgälden would be given the task of negotiating loan guarantees, if such are required. Following today’s decision we are well prepared for that,” said state secretary Jöran Hägglund in a statement.

Koenigsegg was founded in 1994 by Swede Christian von Koenigsegg, 36.