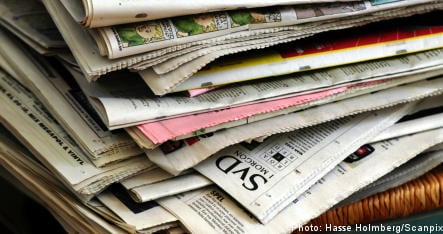 The Commission told Sweden on Wednesday to gradually cut its subsidies to big city newspapers or face a formal state aid probe.

After an initial investigation triggered by complaints, the commission said that Sweden’s 38-year-old Swedish press aid scheme was too generous towards big circulation metropolitan newspapers.

Europe’s top state aid watchdog told Stockholm to bring down its subsidy ceilings for such newspapers and link such aid to the size of a newspaper’s operating costs in the future.

“The commission recognises the importance of media pluralism for the cultural, democratic and public debate in member states and the importance of newspapers in this context,” EU Competition Commissioner Neelie Kroes said.

“However, running a newspaper is also a commercial activity and the commission has a duty to prevent undue distortions of competition and trade resulting from public subsidies,” she added.