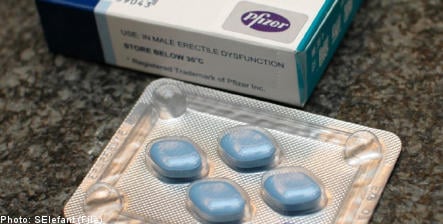 The package containing 8,991 potency pills had been sent to an address in Sweden, a spokeswoman for Sweden’s Customs Agency (Tullverket) told AFP, but she would not disclose the sender.

News agency TT reported that the package came from Britain.

“There’s an investigation going on for smuggling,” the spokeswoman said.

“But 9,000 tablets is somewhat out of the ordinary,” he told the newspaper.