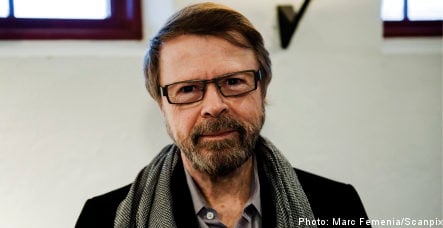 Without thinking too much about it at the time, when I wrote the lyrics for ABBA’s songs the message I wished to convey tallies well with campaigns launched recently by humanist organisations in the UK, US and Australia:

Earlier this month the Swedish Humanist Association (Humanisterna) launched a similar campaign. And in light of the growing influence of religious schools in Sweden, the campaign could hardly be more timely.

Unfortunately the European Convention on Human Rights doesn’t permit the banning of independent religious schools. Under current Swedish law, independent schools may adopt a “confessional direction” as long as they stick to the official national curriculum and adhere to the education system’s “general goals and values”.

A lot of independently managed schools (friskolor) negotiate this balancing act well, but there are also a lot of schools that don’t.

If it wished, Sweden could choose to refrain from using tax money to fund these independent schools. There is nothing in the European Convention on Human Rights that prevents such a course of action. But Sweden has chosen to go the other way.

So do the legal guidelines outlined above ensure that pupils at religious schools are educated in an environment that does not favour any one ideology or religion above all others? No, of course they don’t.

And are not curious, questioning citizens one of society’s most valuable assets? “Of course they are”, is the ringing response you will receive from the majority of Swedes, of this I am convinced. And these are the sort of citizens we want our children to become.

In a recent debate with principals from two religious schools I was accused of being driven by emotions masquerading as reason. But if we hypothesise for a moment that they are right, then surely the same is true of them. And if that’s the case, who should we listen to?

It is precisely to avoid such conflicts that schools should provide a safe haven from all ideologies, with the obvious codicil that children should learn as much about as many of them as possible from an objective point of view.

It’s hardly controversial to opine that people in favour of religious schools are themselves believers. Religion has a natural place in their homes and their children grow up with it.

And that’s fine. But does this not make it all the more important for schools to be free of religious influence? Children need to be able to meet and get to know their peers on neutral ground. Religions by their nature always run the risk of creating an “us against them” scenario. However tolerant we believe ourselves to be, there is always a reason people consider their own religion superior to all others.

One of the school system’s most important functions is to create a feeling of community, where all are treated on equal terms regardless of race, class or creed. Society’s way of treating children with the respect they deserve is to combat by all available means any sense of an “us against them” divide.

In my debate with the school principals, they said that societies which had not encompassed different ideologies and beliefs had never been successful. And they’re absolutely right, which is why we have a secular and democratic system of government.

It is important to guarantee people the right to believe whatever they wish. But people should be free to choose their own ideology or belief system when they have become old enough to think for themselves.

Nobody should have to form an opinion on matters of such weight before they are ready to size up the arguments. Above all, children should be kept away from anything that bears even the slightest whiff of indoctrination. In fact, freedom from indoctrination ought to be a basic human right for all children.

A religious education makes it more difficult for children to form their own views on the world. It puts obstacles in their way that not all are capable of overcoming.

The headmasters also put it to me that there were plenty of famous free-thinking, prominent figures who had gone to Christian schools. But really this just annihilates their own argument. These people learned to be free thinkers despite, not because of, their Christian schooling.

One of them is particularly topical this year, 150 years after the publication of ‘On the Origin of Species’. Charles Darwin may have gone to a very Christian school but it didn’t prevent him from coming up with the “best idea in the world”. Nor did it prevent him from abandoning his faith. Because, faced with the facts at his disposal, Darwin reached the same conclusion as the Swedish Humanist Association: There’s probably no God.

Björn Ulvaeus is best known as one of the four members of Swedish pop sensation ABBA and co-producer of the smash hit musical and movie, Mamma Mia! He is also a member of the Swedish Humanist Association.