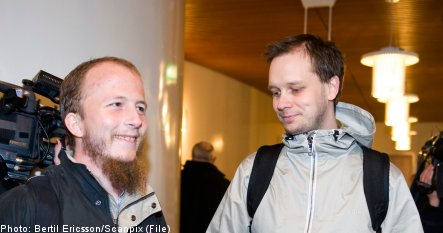 On the Pirate Bay’s own blog, spokesperson Peter Sunde has tried to explain to users the reasoning behind the decision to sell the site to Global Gaming Factory X (GGF), a software and internet café networking company

GGF plans to convert The Pirate Bay into a paying site using new technology and a new business model.

While several of the posts on the Pirate Bay blog express understanding for the decision, many other posters appear to be upset by the sale, with a few displaying outright anger.

Many think that Sunde, Gottfrid Swartholm Warg, and Fredrik Neij ought to be ashamed of themselves.

“Where have your ideals gone now, my friends? Ha, I can’t understand why I supported you guys,” writes one disgruntled file sharer.

“This is a sad day for internet, pirates and freedom. Commercial control can’t lead to anything good,” writes another.

Sunde isn’t unaffected by the criticism. On his Twitter account he writes he nearly cried when we saw how many people failed to understand the reasons behind the Pirates’ decision.

While Svartholm Warg isn’t currently in Sweden, he has said that the head of the Swedish chapter of IFPI — the organization representing copyright holders which was a party to the lawsuit against the men behind The Pirate Bay — claims that the 30 million kronor ($3.9 million) damages claim which accompanied the guilty verdict delivered in the case will haunt the men for the rest of their lives.

During an internet chat, Svartholm Warg celebrated the fact that the sale of the Pirate Bay gives the pirates access to funds which can be used to fight anti-piracy advocates.

“Do you think the anti-pirate Mafia’s capacity to screw with us will increase when we have a huge fund to screw with them?” asked Svartholm Warg.

He’s not surprised that Global Gaming Factory’s CEO says the company has venture capitalists who are ready to meet when the deal is completed.

“It’s no coincidence that someone is ready to put some money into this,” Fältström told TT.

The second-generation file sharing technology developed by Peerialism is the future of file sharing, according to Fältström.

One of the revenue sources which GGF hopes to rely on are internet service providers (ISP).

But Jon Karlung, CEO for Bahnhof – an ISP which carries about 10 percent of Sweden’s internet traffic – is sceptical of GGF’s business model, which would require ISPs to pay.

“They can forget that. No ISP is going to join up and pay. He’s gone off the deep end; the reasoning is totally backward and it’s not going to happen,” Karlung told TT.

But at the same time, Karlung is supportive of GGF’s attempts to push new thinking and test new business models that no one else has tried, emphasizing he is in no way opposed to the new service.