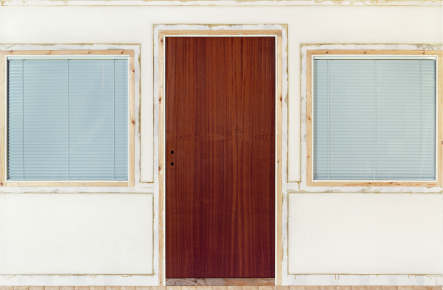 Ketter, who was born in the US, has lived in Sweden for over 20 years, and currently has an exhibit on display at the Moderna Museet.

“He is one of the most prominent, influential artists in Sweden,” says Magnus af Petersens, the curator of the exhibit. “Clay Ketter is one of Sweden’s greatest US imports.”

Ketter’s creations cannot be characterised by just one artistic realm – from installations to photography and spackling, the exhibit truly has no two pieces alike. But as with much of modern art, it’s the deeper meanings of his works that make them truly unique.

When arriving at the Ketter exhibit, guests will be confronted by a large windowless white house, which is free standing in the centre of the room, entitled “Tomb.” On all the walls are various types of works: some photographs and some involving many mediums created by the hands of the artist. They are glossy, mat, wooden, floral, colourful, and dull – a true melange of feelings and emotions conveyed.

One can easily peruse the entire collection in under five minutes, but comprehending Ketter’s vision takes much longer. A 15-minute video at the entrance to the showroom entitled “Möt/Meet Clay Ketter” is an excellent resource in assisting visitors in this task; it is interesting to watch both before and after seeing the pieces in person. The video gives a behind-the-scenes look at the making of the exhibit, including interviews with Ketter, who says his photography work focuses on three main areas: roads, Valencia, and Gulf Coast slabs from Mississippi.

“Holiday Drive Detail,” for example, on first glance looks like an aerial photograph of an ordinary backyard pool that has been overgrown with weeds and mud. However, in the video, Ketter discusses his 2005 visit to Mississippi, post hurricane Katrina. He interviewed survivors of the storm, and photographed the foundations of homes destroyed by it.

His series of “Road” photos again appear to be aerial shots of tarmac and cement, but Ketter says he sees beyond this initial perception.

“There’s language in old roads in countrysides,” Ketter says in Möt/Meet Clay Ketter. “The layers of pavement have been discoloured over time. Nobody had control over the way the pavement has aged.”

Other installation pieces seem to be inspired by kitchens, but they explore the dimensions of layers, says Ketter, who adds that he hopes his work will make the viewer ask questions. He says he wants to examine how things are made, how they are constructed, and how the surface can involve “layers upon layers.” Consequently, visitors might just feel compelled to walk up to the installation “My Neighbour and I,” for example, in an attempt to discover why the cupboards have no handles.

“My work is banal, but that’s okay,” Ketter says. Though anyone with a keen artistic eye, or who is willing to open their mind to the visions of Ketter’s work, is sure to find themselves pleasantly surprised with his explorations in modern art. 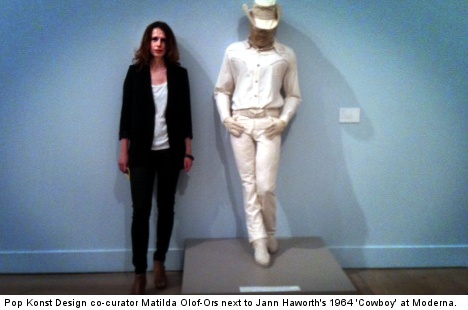 He hasn’t come back alone. Claes Oldenburg, Verner Panton, Walter Pichler, Robert Rauschenberg and Ed Ruscha are among the 90 plus artist and designers in the retrospective. It details in length the interplay between new materials in the post-WWII era and how it affected consumption and art. Warhol and co were hard to ignore at the time, and indelible today.

“We are in a post-Warholian paradigm in art production,” Moderna director Daniel Birnbaum told The Local.

“People can pretend we haven’t passed through that period but I think that is either naive or a little bit reactionary.”

One part of the exhibition, which is divided into a slightly overwhelming 22 themes, is dedicated to women in pop art. Both the ridiculous – a woman’s body contorted into the base of an arm chair, and the ridiculous in another way – Warhol’s Brillo washing powder boxes stacked in a corner like washed-up treasure.

“Mass culture had a very strong influence on culture, with images of the happy housewife, and the sexualized female body,” co-curator Matilda Olof-Ors told The Local

She walked over to a painting on a side wall. It depicted a beaming woman throwing away trash, with the slogan ‘nine out of ten’… a parody of the epoch’s advertising tactics – as in ‘nine of ten housewives choose this or that detergent’.

“Lee Lozano takes the language of commercials – the ‘nine out of ten’ line which was used over and over again,” says Olof-Ors, before pointing at the painting’s punchline at the bottom.

“‘Eat cunt for mental health’… It’s a brilliant comment which I couldn’t resist including.”

“It’s clearly something ridiculous, it commodifies a woman into a piece of furniture,” he told The Local.

Birnbaum underlined that even Warhol tried to shirk away from claims he did anything more than reflect the times.

“He loved life, he loved modernity and it would be meaningless for him to say ‘I’m against it’,” he said.

“But you don’t paint the electric chair or traffic accidents in a celebratory mood, you don’t, and Andy Warhol is a more complex person than that.”

“You can’t say pop art is only descriptive or neutral. It also makes clear ideas in the viewers’ own mind without being over critical in an over pedagogical way.”

The juxtaposition in one of the art pieces on show appeals to co-curator Matilda Olof-Ors. It’s her favourite in the exhibition, a Marlboro Man cowboy leaning leisurely against the museum wall. Conceived by Jann Haworth (who will speak about her work and Pop Art in English at Moderna on September 20th), he’s made of foam.

Mathias Schwartz-Clauss and Matilda Olof-Ors co-curated the exhibition which is a cooperation with the Vitra Design Museum and the Louisiana Museum of Modern Art. 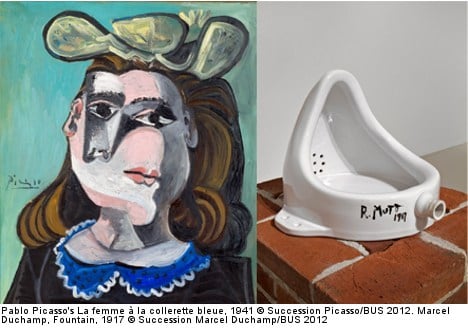 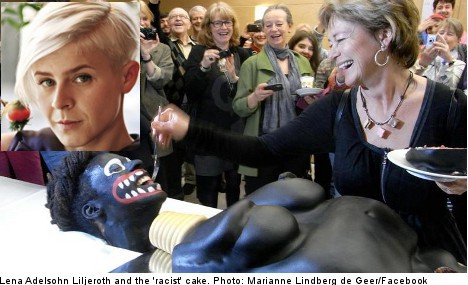