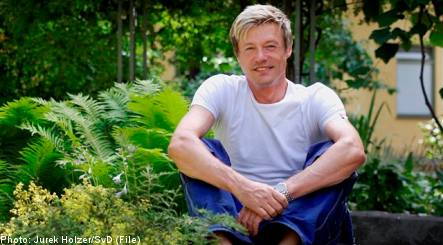 While the idea of creating an elderly-living facility catering specifically to members of Stockholm’s gay, lesbian, bisexual, and transsexual communities has been around for more than a decade, plans are finally starting to move forward in earnest.

According to Christer Fällman, a project leader for the planned Regnbågen (‘Rainbow’) nursing home, many gays in Sweden are interested in having the option of spending their final years in an environment suited to their particular needs.

“What we want to avoid is the situation which sometimes occurs today where a guy doesn’t dare to tell nursing home staff that it’s his boyfriend of however many years who is coming for a visit,” Fällman told The Local.

Currently, Fällman is working with representatives from Stockholms Äldreboende AB, which manages the provision of care of a nursing home in the northern section of central Stockholm, and Micasa Fastigheter, which manages all of Stockholm’s nursing home properties, to carry out a survey to determine the level of interest among Sweden’s gay community.

He explained that one of the major stumbling blocks to moving the concept forward has been an unwillingness of politicians to provide funding.

“The city supports the idea,” he said.

“But we haven’t been able to go ahead with things because the city has had trouble with the economic piece.”

According to Fällman, the city’s decision to turn over the management of much of its elderly care services to private companies has helped the process along.

“The privatization of nursing homes actually made it easier to move things forward because you have a profit-driven company involved which sees the market potential,” he said.

He likened the effort to create a nursing home for gays, lesbians, as well as bi- and transsexuals to efforts by other ethnic groups to have special, language-specific nursing homes.

“There are already nursing homes for Finnish speakers, and soon we will also have them for Turkish, Greek, and Spanish speakers,” he said.

“We’re looking to create a nursing home where LGBT [lesbian, gay, bisexual, and transgender] people can ‘speak their own language’ and feel secure in who they are.”

He emphasized that while the planned nursing home would cater to the needs of homosexuals, including having staff specially trained in issues specific to the community, it would be open to anyone and would accept residents from around the country.

“We don’t want this to be seen as a move back into the closet. Anyone will be allowed to live there. It would be another form of integration,” he said.

While efforts by those in Sweden’s homosexual community to realize their vision of a gay-friendly nursing home have come a long way, Fällman said it would be at least a year before such a facility opened its doors.

“But I expect we’ll get there within two years,” he said.