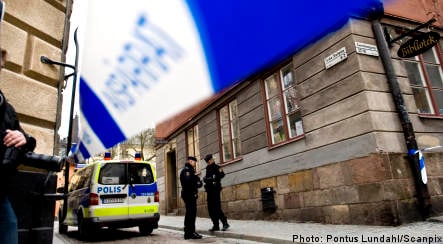 However the man doesn’t believe he committed a crime, but rather views the matter as “assisting someone in their own defence”.

He said he was convinced that the man he shot was sexually abusing his children.

During the trial, the 41-year-old was calm and collected as he explained that the only thing on his mind was protecting the children.

He said he had visited the couple a few days before the incident with the intention of shooting the man, but was surprised to find that the woman was also living in the house.

The 41-year-old had thought his intended victim lived alone.

He said he had no intention of injuring the woman, who was pregnant at the time of the shooting.

But during questioning by police, the woman said she is convinced the 41-year-old shot at her on purpose because he turned toward her and then fired the shots.

“Everything went so fast and felt very surreal. It felt like it was make-believe. It didn’t sound like real gunshots, rather a sort of ‘puff, puff, puff,” she said.

As a result, she explained, she thought at the time that the shots were fired from an air gun and described the shooter as red in the face.

The reason the 41-year-old waited until today to give his version of events is that he didn’t want it be biased, according to the man’s attorney, Peter Lindqvist.

The victims of the shooting included a man in his thirties who is a member of the Swedish aristocracy and his pregnant girlfriend.

The man was hit in the throat, head, and arm. The woman, who didn’t think the shooter would fire upon a pregnant woman, said during questioning she was trying to protect the man.

She was hit in the face and neck.