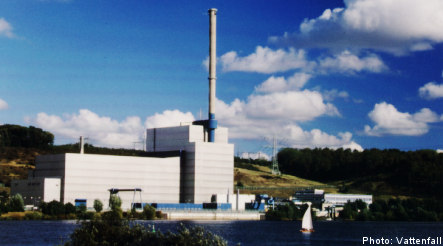 The announcement comes just days after a short circuit forced an emergency shutdown of the Krümmel plant.

All 80,000 rods at the plant will be examined from Friday because “it looks as if one or several of the rods in the reactor is defective,” said Ernst Michael Züfle, head of operator Vattenfall’s nuclear arm.

Krümmel, one of the oldest of Germany’s 17 nuclear power stations, suffered an emergency shutdown on Saturday after a short circuit in one of its transformers and Vattenfall expects it to be offline for at least nine months.

It was the second such incident in several days at the plant near Hamburg, which had only re-opened around a week earlier after two years of repairs following a malfunction in a transformer that had caused a fire and a shutdown.

The situation at Krümmel has attracted significant media attention in recent days, and political parties have jumped on it ahead of general elections on September 27 with nuclear power a rare divisive issue between the parties.

Frank-Walter Steinmeier, who is challenging Angela Merkel for the chancellorship for the centre-left Social Democrats, called on Thursday for Krümmel to be shut down for good.

“In my opinion the Krümmel reactor should be switched off. That is the most sensible course of action,” Steinmeier, who is also foreign minister and deputy chancellor, told reporters in Berlin.

“The incidents at Krümmel have shaken trust in nuclear energy in my view.”

Germany decided in 2000 under SPD ex-chancellor Gerhard Schroeder to mothball its reactors by about 2020, when Merkel’s CDU/CSU conservatives were in opposition.

Merkel’s conservatives, now coalition partners to the SPD, want to extend the life of some of the nuclear plants, if — as polls suggest — they can form a majority with the liberal Free Democrats (FDP) in the September vote.

Nuclear power remains highly unpopular in Germany, but the desire to cut carbon emissions and reduce dependence on foreign oil and gas has led many to push for a re-think.

Tuomo Hatakka, head of Vattenfall Europe, said the problems at Krümmel, which has been operating for over 25 years, “posed no risk to the population.”

“The safety systems worked at Krümmel and there is no reason to question them,” he told a news conference in Berlin.

Vattenfall is also struggling with safety lapses at a nuclear power plant in Sweden.

On Wednesday, Sweden’s Radiation Safety Authority (SSM) put the Ringhals plant, the country’s largest, under special observation following a string of incidents with the agency said jeopardized the facilities safety.

Vattenfall has a 70 percent stake in the plant, with the remaining 30 percent owned by German energy giant E.ON.