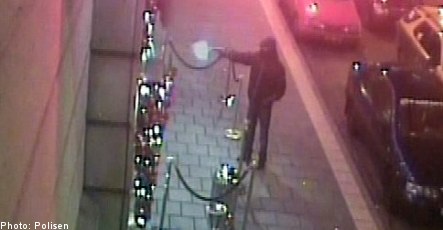 The man was also convicted for aggravated assault and making illegal threats.

The district court in Stockholm wrote in its ruling that the shooting must be considered attempted murder because the 23-year-old fired three quick shots towards the entrance with a deadly weapon.

“The intent was obviously to kill” the bouncer, wrote the court.

A lay judge recommended that the man be acquitted because she didn’t believe the investigation had really demonstrated that the 23-year-old, rather than someone else, was the assailant.

Among the evidence cited by prosecutors were films and pictures from security cameras at the casino and the nearby subway station.

The shooting took place late on Christmas Eve last year after the man had been denied entry to the casino.

He returned later with a gun and fired three shots into the entrance.

One security guard was hit in the stomach, but sustained only minor injuries. Two women were also hit in the arm and leg, respectively, both also escaping without serious injuries.

The 23-year-old managed to evade authorities until his arrest in early May. He claimed that he remained underground because he was afraid of being shot by the police or convicted of something he didn’t do, but the district court found the man’s story lacked credibility.

Two other men have been held in connection with the shooting, but have now been freed from the investigation.