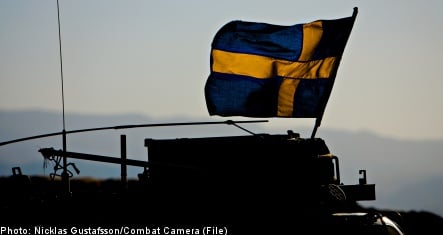 The battle began around 6.30pm on Thursday night when opposition groups ambushed the Swedish troops.

The Swedes were in armoured wheeled vehicles and later received reinforcements from several soldiers in a Combat Vehicle 90.

“The firefights were intermittant during the evening and night,” Veronica Sandström, press officer for the Swedish Armed Forces (Försvarsmakten), told the TT news agency.

The Dagens Nyheter (DN) newspaper reported Friday that three members of the attacking troops were killed and an additional two injured.

Aqchah is approximately 40 kilometres west of Mazar-i-Sharif, the largest city in northern Afghanistan and the base for the Swedish force led by the International Security Assistance Force (ISAF).

DN reported the attack came in the wake of several other incursions in the region.

“We have had three incidents within a month and it is more than usual. The violence in Afghanistan has ramped up due to the elections on August 20th,” Regnér told DN.

The exact number of Swedish soldiers involved in the battle remains unknown, but 40 to 50 Swedish military personnel are stationed in Aqchah.

In Afghanistan, there are a total of approximately 400 Swedish military personnel, according to the Armed Forces.