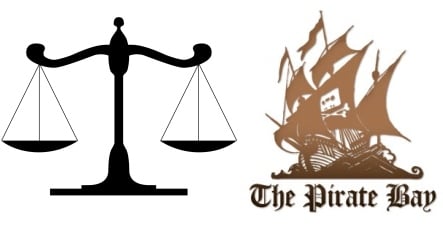 The film companies demand that the court order The Pirate Bay to cease and desist from being accessories to the production of copies of their films and television shows, and to desist from sharing the copyrighted material on the internet.

“We’ve been forced to seek a court order demanding that they stop the spreading of these roughly 100 films and television programmes,” the film giants’ legal counsel in Sweden Monique Wadsted told The Local on Tuesday.

Wadsted characterized as “unusual” the apparent disregard the Pirate Bay trio has shown in the face of their conviction for copyright infringement earlier this year.

“They’ve been sentenced to prison for criminal activities but haven’t stopped carrying out those activities,” Wadsted told The Local.

The injunction request centres around popular TV shows such as House, Desperate Housewives and Grey’s Anatomy, as well as major films such as Die Hard, Harry Potter and the Matrix.

Official court documents reviewed by The Local include four pages of lists of film and television series titles as well as details of release dates.

The film companies require the enforcement of an injunction to prevent the defendants from continuing the activities of The Pirate Bay, “under penalty of a substantial fine”.

Wadsted confirmed that her clients were not seeking any damages from the three defendants “at this stage”, but did not rule out that an additional suit could be filed in the future.

“What matters is that the spreading of these works is stopped,” she said.

Wadsted added that the US film companies which filed the suit welcomed the possibility that The Pirate Bay switch to a legal downloading service under new ownership.

According to Hans Pandeya, head of Global Gaming Factory (GGF), his company’s planned purchase of The Pirate Bay is contingent on finding a way to operate the website’s file sharing service in a legal manner.

“If the site becomes legal, that’s good for us. We’re not opposed to it,” Wadsted explained.