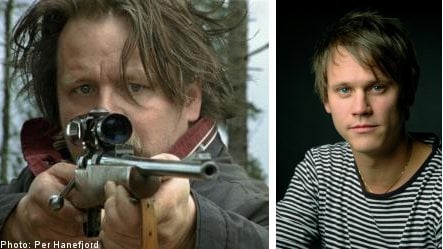 Back in May, Hollywood’s illustrious Academy of Motion Picture Arts And Sciences, the folks who every year dole out golden statues to Hollywood’s best directors and actors, chose Hanefjord as a winner in their annual Student Academy Awards contest.

Having graduated from the Stockholm Dramatiska Institutet in 2008, Hanefjord says he had heard about the award, but hadn’t planned to submit an application.

However, after creating his short film “Elkland” for a school project, unbeknownst to him, his teachers entered his work in the contest after it premiered in Sweden.

“I didn’t think much of it, then one day I came home and found a letter on the floor from the Academy of Motion Picture Arts And Sciences,” recalls Hanefjord. The letter said he was a top five finalist in the foreign film category, selected from 57 entries.

“I felt so honoured to have made it that far,” he says.

“I thought people always say they are happy just to be nominated, but secretly they care that they win. But it was honestly an honour just to be in the top five. It’s something all film makers want after making a film.”

Hanefjord says he thought he’d lost when May 15th – the day the Academy announced the winners – came and went without news.

“The next morning I woke up and realized there’s a nine-hour time difference, so I still might have a chance,” Hanefjord recalls.

“I opened my computer and there was an e-mail saying congratulations, and then I was jumping around screaming.”

The Academy also sent a formal letter, which Hanefjord says he is waiting to open and read to cheer him up on a bad day.

A renaissance man of the arts, Hanefjord says his creativity first blossomed as a teenager when he was determined to be a painter. After dabbling in photography, writing and sound production, he says he realized these elements combined in video, and started making films at 17 years old.

Now 30, he completed a directing course at the Kalix Film School in 2002, and has a bachelor’s degree in fine arts with a major in directing from the Stockholm Dramatiska Institutet. He says the concept of “Elkland” came to him under pressure while struggling to write a script for a school project.

“I would like to say that I have a good story behind it, but I don’t,” Hanefjord says. “I was in a situation where I needed to have a script ready for a certain date because I was in school, and the film was going to be shot that date.”

His moment of clarity arrived when an Estonian repairman came to his apartment and told him a story about a summer spent working as an undertaker. He spoke about swollen, smelly bodies that didn’t fit in caskets, and Hanefjord found his inspiration – turning a horrible situation in black comedy.

“When I had that idea, I sat down and collected ideas from other story lines,” Hanefjord says.

“I also carry a little black book where I write notes for stories, like when I hear people speaking on the subway, I take notes. Almost everything in the film is actually from real life.”

The school provided a small amount of funding for hiring actors. Hanefjord was director and writer, and his classmates served as producer, photographer and sound director.

Hanefjord says as a director, the most important aspect of a film is the story, no matter where it’s filmed. While the Swedish film industry will never be a prime competitor to Hollywood blockbusters, it’s continuing to grow from being represented by Ingmar Bergman films to showcasing fresher faces.

“Ingmar is like the thing that you carry on your shoulders as a filmmaker here,” says Hanefjord.

“Now that he’s dead, maybe people are able to move on and make films in a different way. The creativeness and people making films is getting more and more. I think Swedish cinema is going to see some new directors and more inventive film-making.”

Of course, one can’t help but wonder if the budding director has a favourite film of his own. He says it’s difficult to choose, but “Scarecrow” is a top pick because it’s big-hearted and touches all extremes of human emotion.

On June 9th, Hanefjord flew to Hollywood to accept his award, adding he doesn’t plan on becoming another young star jaded by seeing his name in lights. Born and raised in the remote town of Lycksele in the north woods of Sweden, where the closest grocery store being 40 km away, he says he won’t forget his roots growing up as the only child in his village.

“I think one of the coolest things about getting this award is that everything feels possible,” Hanefjord says.

“All my friends ask how I made it from there to winning this award. I don’t need to get rich, I just want to be able to pay my rent and focus on doing what I love.” 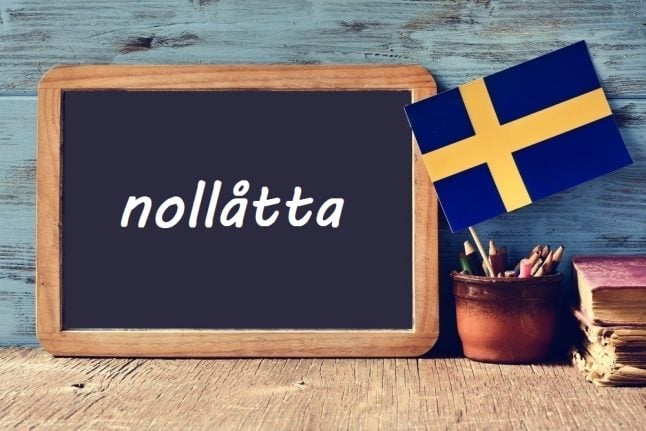 LANGUAGE AND CULTURE
Swedish word of the day: nollåtta