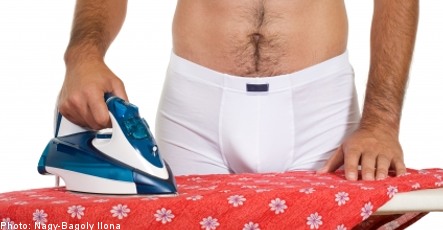 The study found that Sweden is the most egalitarian society of the 12 developed countries examined by Oxford University economist Almudena Sevilla-Sanz.

As a result, Swedish men are also more inclined to pitch in with household chores such as doing the laundry and cooking meals compared with their counterparts in less egalitarian societies.

This willingness to get their hands dirty around the house in turn makes men from Sweden a better catch for women seeking to settle down with a reliable and helpful partner, although Sevilla-Sanz points out that both men and women are more likely to seek out partners they believe will take on their fair share of household labour.

A distant second behind Sweden in Sevilla-Sanz’s ranking of egalitarian society was Scandinavian neighbour Norway, followed by Northern Ireland, Great Britain, and the United States.

Japan and Austria were tied for the lowest ranking on the list of egalitarian societies.

The study, which was published this year in the Journal of Population Economics, also reveals that in more egalitarian countries there is less of a social stigma against men taking on what may be traditionally considered “women’s work”.

As a result, men in egalitarian societies feel they can more easily participate in household work, according to Sevilla-Sanz, increasing the likelihood of them finding a partner and setting up a well-functioning household.

While men and women living in more egalitarian countries have a higher probability of forming a household, the study also shows that such households need not be based on a marriage relationship, per se.

According to Sevilla-Sanz’s findings, about half as many Swedes believe that married people are happier than non-married people when compared with respondents from less egalitarian countries like Australia, Japan and Austria.

Similarly, Swedes also have much more favourable attitudes toward cohabitation than people from countries with lower rankings in the study’s egalitarian index.