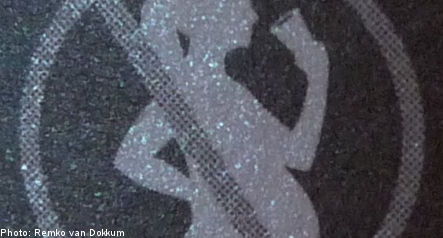 The incidence of behavioural problems among children is higher among those whose mothers drank as little as one to four glasses of wine per week, the institute claims according to a report in the Svenska Dagbladet newspaper.

“The best thing to do is to completely abstain from alcohol consumption when you are pregnant or planning to be. After a couple of glasses of wine you can have an blood alcohol percentage of 0.5, the same level as the child. The difference is that the child’s cells are far more sensitive,” the institute explains in a advice pamphlet to parents.

The official Swedish recommendations are based on scientific evidence, the institute claims after having compiled a report of the available studies on the area.

The report will be presented at a conference in Stockholm in September in collaboration with the EU Commission’s health and consumer issues unit.

A previous survey has indicated that 30 percent of Swedish women do not abstain from alcohol while pregnant and there is concern across the EU over increasing alcohol consumption among women.

The institute appointed a researcher, Sara Holmgren, to compile a report from the more than one thousand studies on the area and 62 were considered to fit the criteria in addition to six international research studies.

In two of three studies on pre-school children it was found that children of mothers who had consumed as little as one to four glasses of wine while pregnant experienced behavioural and psychological problems between the ages of three and six.

Children were reported to be more hyperactive and found it harder to make friends.

Two of a further five studies on older children showed a link between alcohol and psychological problems.

Despite that fact that four of the eight studies did not indicate a link between alcohol consumption while pregnant and behavioural problems the institute maintains that the evidence is sufficient to support its recommendation.

“In any other area, for example regarding food, two would probably have been sufficient,” Sven Bremberg at the institute explained to the newspaper.

The Swedish government has identified the health of young people, including the unborn child, as a prioritised area during the country’s presidency of the EU.

The report will form the basis of EU discussions at the Stockholm conference in September and furthermore discussions by EU health ministers in Brussels on November 30th.