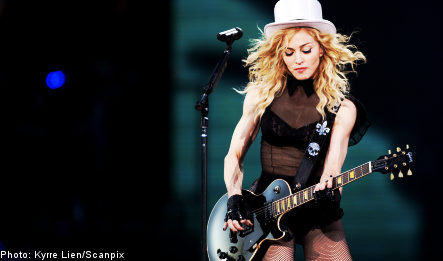 A train scheduled to depart from Copenhagen central station at around 1am on Wednesday suffered delays as Swedish fans of the “Material Girl” tried to squeeze into the already packed train carriages.

“People were vomiting and fights broke out. It was verging on panic,” according to Marie Wernhult for news agency TT from the Danish capital.

“The train has left, 20 minutes late, and still there are hundreds of travellers stuck on the platform. And just as many have probably already given up and taken a taxi to Malmö.”

The Danish rail operator DSB has been criticised for not laying on any extra trains despite massive Swedish interest in the self-styled “Queen of Pop’s” Sticky & Sweet tour.

“No extra trains have been arranged and no extra carriages have been added. The trains go as normal with one four-carriage train every hour. DSB has not taken into consideration that was a concert on,” Marie Wernhult said.

DSB has responded however that they had in fact provided extra carriages on five of their trains on Tuesday evening in response to extra demand due to the concert.

“We used all the capacity we had available. We have to keep the other trains running as well,” Irene Lippold at DSB said.