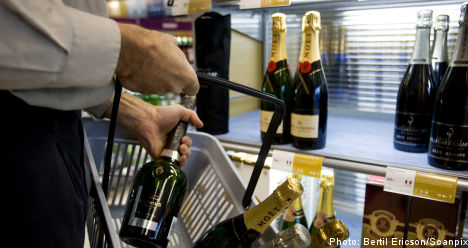 Alcohol-free drinks accounted for the largest increase, up 16.9 percent on the same period last year.

Sales of wine also saw a sharp rise of 10.9 percent, followed by strong beer at 7.6 percent, and spirits at 6.6 percent.

Systembolaget said in a statement that its sales have been on the increase for some time, a development that could be partially explained by the global downturn as fewer Swedes travel abroad to stock up on alcohol.

Further, the weak krona has led to an increase in private imports from Sweden to Finland, Denmark and Norway, Systembolaget said.