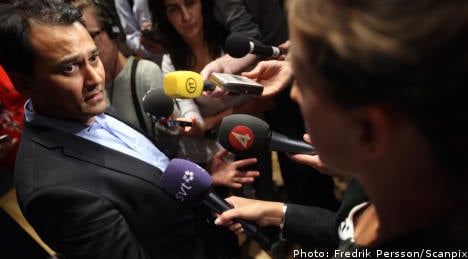 GGF chief executive Hans Pandeya told a press conference in Stockholm he expected the deal would go through “within the next eight days” once authorities allow trading to resume.

But Peter Gönzci, the vice-president of the equity market Aktietorget, told AFP that the Stockholm-based company had failed to provide details on who was backing its 60 million kronor ($8.4 million dollar) bid for the site.

“We are sceptical as he (Pandeya) couldn’t deliver the answers that we want: where the money is (to fund the takeover),” Gönzci said.

“They have not been able to show us any written agreements made with their investors,” he added.

GGF’s share price was suspended on August 21 after doubts surfaced over how it would fund its proposed purchase of The Pirate Bay.

Swedish media have suggested that the acquisition announcement on June 30

Pandeya previously told AFP the sale would be completed on Thursday.

“Nothing can stop it,” he said in a telephone interview on Monday.

But Gönzci said the Aktietorget disciplinary committee was investigating whether GGF should continue to be listed.

“You can’t trade in the market if you can’t tell the market the correct information,” he added.

It claims to have some 22 million users worldwide.