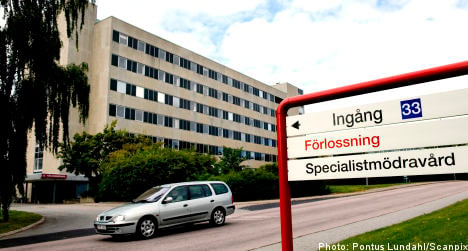 The children died in early August after being infected with the Klebsiella bacteria at the hospital’s ward for newborns with illnesses and babies born prematurely, according to clinic manager Mårten Hallberg.

After falling ill the infants were taken to Uppsala University Hospital and placed in incubators in an intensive care unit where they were treated with artificial lungs and antibiotics.

“These bacteria have learned to elude and disarm most antibiotics,” said Hallberg.

Klebsiella bacteria are commonly found in the intestinal tract but can cause infection if they spread to the lungs, stomach or urinary tract. Staff at the hospital have not been able to isolate the source of the bacteria.

Although the bacteria are not believed to remain in the hospital, the ward in which the infections occurred remains closed pending disinfection.