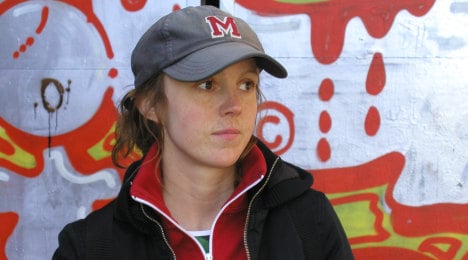 The film was put onto the internet and provoked a strong reaction. A lot of the reactions were negative, with comments like: “Damn, they’re ugly. Could they not at least have put on some make-up.” I found the comments interesting. They showed that we’re still living with the age-old belief that a woman and her sexuality should please the beholder above all else.

Throughout the history of art, the image of woman has been created by men. The gaze has been a man’s gaze and female sexuality has been limited to a few identities that have suited the patriarchal system (and the male artistic ego): whore, wife, mother, muse.

We have been faced with many questions. Is there a female sexuality that can be differentiated from its male counterpart and, if so, what does it look like? Is it possible to be subject and object at the same time? How can we liberate our own sexual imagination from the commercial images we see every day and that seep into our subconscious minds?

In many ways we have had to reinvent ourselves. In order to create a new genre. And to view the world with a new gaze.

This article was originally published in Swedish on the Newsmill opinion and analysis website.