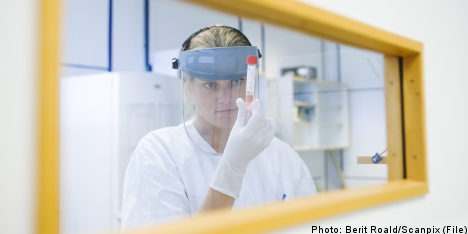 Sweden has ordered enough vaccines to cover the entire population. How come Sweden wants everyone to get vaccinated while other countries seem less keen?

Sören Andersson, head of Smittskyddsinstitutet’s virology department: It is impossible to say which strategy to go for, but we calculate it will be a lot cheaper to vaccinate everyone rather than having people getting ill. The vaccine costs nothing in comparison. People don’t have to get vaccinated but we strongly recommend it, not only for your own health but out of consideration for others too. Unless the virus mutates, the vaccination will give you the proper protection for a few years.

How safe is the new vaccine?

Sören Andersson: People are worrying that it has only taken a few months to produce it, but this is not the case. Vaccines against flu have been used for many years and the new flu vaccine contains something called adjuvants, which already exist in other vaccines that have had acceptable side effects in the past. To create a completely new vaccine in just a few months is not possible.

What does Tamiflu do?

Sören Andersson: If given to the patient during the first two days of the flu it will stop the virus from spreading. But we can’t give it out to everyone, as it would result in extreme overuse.

On Friday it was announced that children up to three years old won’t be given the vaccine. Why is that?

Sören Andersson: We still don’t know who we can vaccinate; it is all being looked into by the European and Swedish medical products agencies. This sort of vaccine has never really been used on young children and it is therefore hard to know how they will respond to it. We will know a lot more about who can or cannot get the vaccine by the end of the month, when it is time to start vaccinating people.

Who will be prioritised?

Sören Andersson: So far it has been decided that health care staff and people who are in medical risks groups will be prioritised.

If you suspect that you have the new flu, who should you contact first?

Is the new flu being take too seriously in Sweden?

Sören Andersson: Not really. We are trying to give accurate information about what we know and we don’t want to scare people. Most people do only get a mild flu from this, but the problem is that it is a new virus; we don’t yet know what will happen in the future. If we don’t react in time it will be too late if it does get worse. We’d rather look back on it knowing that we did too much than too little. It would be a catastrophe if it was ‘too late’.

In addition, we are learning a lot during this process. If this virus turns out to be less harmful than we first thought, we will at least be prepared for the next one. The attention the new flu is getting could also serve as a reminder about other influenzas that actually kill thousands of people every year- a number that would decrease if more people got vaccinated.

How long will it take to get everyone vaccinated?

Aase Sten, press secretary at Smittskyddsinstitutet: If everything goes according to plan, everybody should be vaccinated around the beginning of 2010.

Swedish media seem to be covering the swine flu with more regularity than the press in other countries. Why do you think this is?

Aase Sten: There is a lot of information in Sweden coming from the authorities. The Institute for Infectious Disease Control, the National Board of Health and Welfare (Socialstyrelsen) and the national website for emergency information (Krisinformation.se) all have loads of information on their websites and we are doing everything we can to inform people and to be approachable to journalists. This gives the media easy access to a lot of material.

Another reason might be that Sweden is a fairly wealthy country. At times when nothing else is going on, there is swine flu.

If there is anything else you would like to know about swine flu treatment in Sweden, please drop us a line at [email protected] 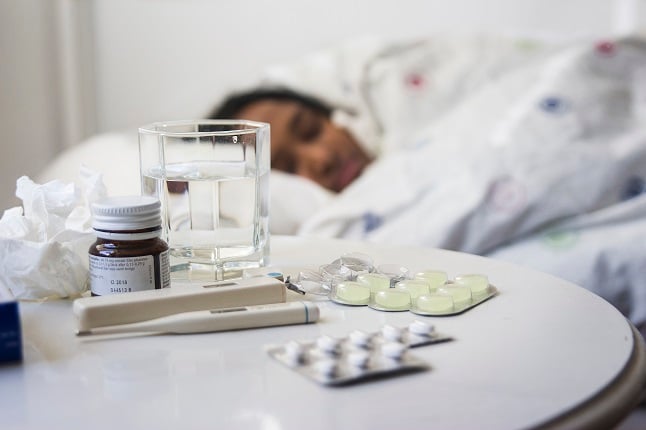