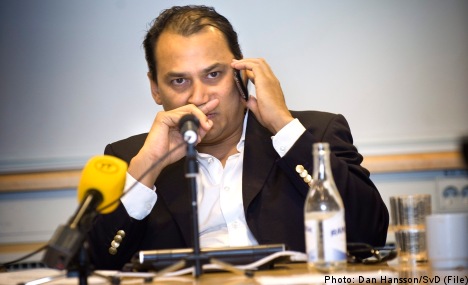 Aktietorget, an equity exchange for smaller companies not listed on the Stockholm stock exchange, decided to immediately halt trading in GGF shares, claiming that the company and its CEO, Hans Pandeya, have misled the market.

“Pandeya hasn’t been able to back a number of claims in the press releases he’s sent out since the deal became known at the end of June. Among other things, GGF can’t prove the promised loans from investors or the informal offers from Napster-founder John Fanning or Russian interests, among others” said Akietorget vice president Peter Gönczi to the TT news agency.

As a result, Aktietorget claims, several investors have made decisions based on faulty information.

“We’re sorry for the small investors who made trades based on bad information. They are the ones who are affected most,” said Gönczi.

Aktietorget previously halted trading in GGF shares at the end of August after the company’s board formally decided to go ahead with the purchase of The Pirate Bay without proof that investors or funding were in place.

Despite having his company tossed out of Aktietorget, GGF’s CEO remains adamant that the deal will take place.

“This doesn’t affect the purchase at all. The decision is just weird,” Pandeya told the Svenska Dagbladet (SvD) newspaper.