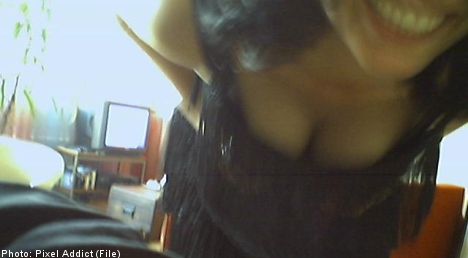 The report by the Swedish National Board for Youth Affairs (Ungdomsstyrelsen) also finds that more boys than girls have been paid for having sex with others, results which echo a similar study carried out in 2004.

According to the study, 43 percent of young people between the ages of 16- and 25-years-old believe that getting paid for sex is acceptable, as long as the parties involved are in agreement, Sveriges Radio (SR) reports.

Internet contacts between young people were also found to be laden with sexual overtones as well as outright sexual propositions, with one in two girls receiving unwelcome overtures in the last year.

Most often, the girls receive requests to provide explicit images of themselves or are asked for sex.

According to the study, around 35,000 agreed to go along with the proposals in the last year.

“I know someone who sent pictures, and now she feels terrible since they’ve shown up everywhere. The whole school has seen the pictures,” Alejandra, a ninth grader at Södra Ängbyskolan in Bromma near Stockholm, told SR.

“I’ve received questions which asked, ‘can’t you make a video or something’ – lots of really disgusting things.”

“Both young people who sell sex or can imagine selling sex feel worse than the overage young person. There is a higher instance of problems with family relationships and many show other signs that they don’t feel well,” Ashing told SR.