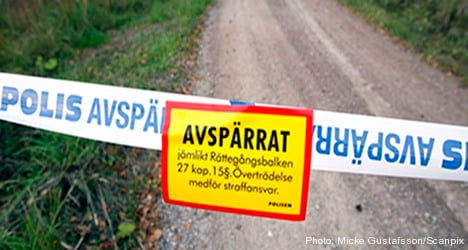 A local home owner who came across the 34-year old man alerted the police when the man told him he had found the body of a woman in the forest.

The man, who had burn injuries, was taken to hospital and later held, suspected of involvement in his fiancé’s disappearance.

Earlier on Friday, Dalarna police stated that the man was not a suspect in the case.

He had been missing since Wednesday when he was called for further questioning, but never showed up.

On Friday evening, police discovered a body in the area where the man was found. It is yet to be confirmed it is that of the 32-year old woman.

The women went missing after leaving her parents home in Falun on the evening of August 1.

The couple had planned to marry a week after her disappearance.