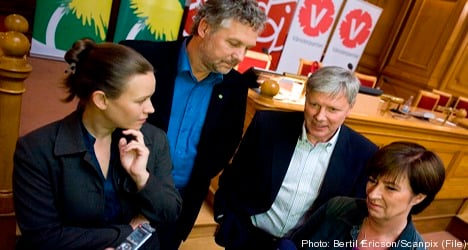 The Social Democrats, Greens and Left Party took 48.8 percent in a survey carried out by market research company Synovate and published in the newspaper Dagens Nyheter.

The Moderates, Liberal Party, Centre Party and Christian Democrats polled a 45.2 percent share among the 2197 people interviewed for the survey, which was carried out between September 2-16.

The gap has closed marginally since the Synovate poll in August showing the opposition with 49.7 percent support against the governing coalition’s 45 percent.

Taking the largest dent in support is the Liberal Party, which polled 6 percent in September compared to 8,4 percent last month.