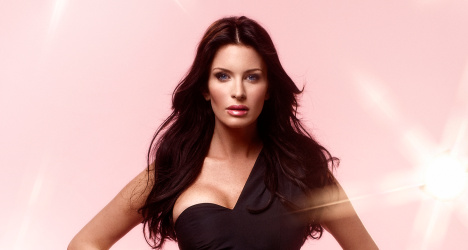 Carolina Gynning is a woman with a lot of balls in the air, a phrase Swedes use to describe anybody skilled in the modern art of multitasking.

Fresh from selling her silicone implants for charity, the 30-year-old celebrity has lined up an autumn schedule fuller than her pre-op chest.

Gynning takes time out from her career-juggling to chat with The Local about taking control over her life and nascent plans to save the planet.

“I’m in the process of building up an empire and I want to use my celebrity to do good,” she says, laughing in a manner suggestive of a self-deprecating view of her own celebrity.

Giddy with anticipation and excitement about her many projects, she reveals she is currently in the process of creating a new web portal, tentatively titled Planet Gynning. In October she hopes to supplement her own blog — I Swear to Tell the Truth & Other Stories — with a raft of other style, make-up and lifestyle bloggers in a similar mould to herself.

“I’m also trying to put together a Charity Board. I’ve been in contact with ten top politicians and so far the response has been very positive. The idea is that I will sell personal items via my Planet Gynnning site. The board will then help me to choose worthy causes around the world and I will follow up on my blog as to how the money is being used,” she says.

In order to focus more thoroughly on her relentless empire-building, she has just moved into a vast new Stockholm office where she can concentrate more fully on her first love: painting. Not exactly a hidden talent anyone expected from the voluptuous attention seeker who was the last person standing at the end of Sweden’s inaugural season of Big Brother back in 2004.

“My mother was a sculptor and I had a paintbrush or a lump of clay in my hands from the age of two,” says Gynning.

“I’m painting a lot at the moment and my exhibitions have been very well received. Next spring, when I’ll hopefully have completed 30 or 40 paintings I’m hoping to bring them to Paris and other cities. Art is really what I want to make my international breakthrough with,” she adds.

But first, there’s the small matter of catering to anybody who harbours a desire to smell like Carolina Gynning. Recently she realised a long-held ambition to release her own scent, Go Girl, which has just gone on sale in Swedish stores.

“It’s great fun and the scent is fantastic, although I must admit it makes me feel like a real diva, like Paris Hilton. I loved the experience and it’s made me want to launch more fragrances,” she says.

The name of her inaugural scent is a play on the title of her debut book, Ego Girl, released in 2005. An autobiographical work, the book details a hedonistic life of cocaine, sex, unscrupulous modelling agents and her battle with anorexia.

“I’ve changed so much. I hardly recognize myself from that time,” she says.

To reflect the transformation, this autumn sees the release of her follow-up book, Ego Woman, an account of the maturing process of an irrepressible celebrity who has lasted the pace much longer than most of her contemporaries.

Long viewed by the uninitiated as just another dumb blonde with big boobs, she recently embarked on the second step of her deliberate debimbofication process when she emerged one day as a new brunette. While she regrets that the alterations seemed necessary if she was to be taken seriously, they certainly don’t seem to have harmed her career.

“I have a contract with TV4, where I’m recording a Swedish version of the UK dating show Man of the Day.”

Her energy is relentless and quite infectious. But even still, how does she find time for all her projects?

“I suppose I’m sort of hyperactive. In order to be happy I always have to be doing something new,” says Gynning.

If she keeps going at this rate you get the feeling her balls are never going to drop. 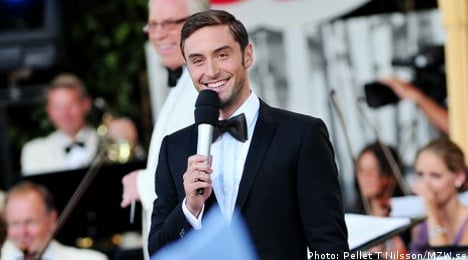