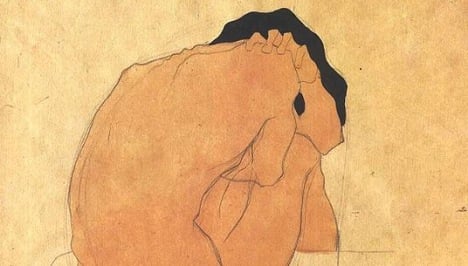 Another work by Egon Schiele, one of the artists whose art was allegedly forged

The Stockholm resident is suspected of selling and attempting to sell forged works of art, writes the Metro newspaper.

The man is also known to have convinced a woman to loan him 200,000 kronor using a forged Braque painting as collateral.

He is also suspected of having attempted to sell a falsely signed painting by Hungarian painter Viktor Vasarely on the Blocket.se buy and sell website for 2 to 3 million kronor.

The former gallery owner is suspected of forging certificates of authenticity from the Swedish National Museum of Fine Arts (Nationalmuseum) for many of these faked masterpieces.

Inspector Heléne Anderson of the Stockholm city police led the investigation into the alleged fraud.

“These are regular people who’ve been caught up in this. Unfortunately, this matter isn’t really a high priority within the criminal justice system,” she told Metro.