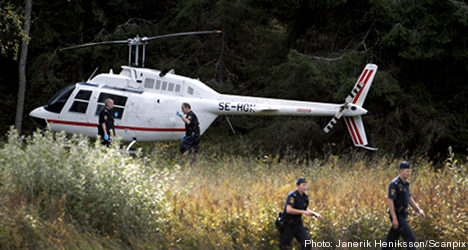 According to Ulf Göranzon at Stockholm police an “arrest could be just around the corner but could also occur later.” He is however certain that the police will find the perpetrators of the audacious robbery.

“Of course we will (find them), sooner or later,” he said.

The police have appealed for information from other countries and are continually exchanging details via Interpol and Europol.

“This is not exceptional for this case, this is done on a daily basis,” Göranzon pointed out.

Despite the wave of information coming in from sources around the city, the police have appealed for more information from the public.

Of particular interest is information about the helicopter’s movements before and after the robbery.

The Swedish police have assigned 100 officers to work with the case.

The main part of the investigation is currently to sort through the wealth of information provided by the public in the hope of finding clues to lead the police to the gang.

Göranzon rejected the implication that the police have not managed to turn up any concrete leads in the case and responded that at this stage of the investigation it is best not to publicise any information gathered.

Göranzon was unwilling to comment on media reports that a gang consisting of organized criminals from the former Yugoslavia was behind the attack.

“We do not intend to limit ourselves to these type of allegations so early in the investigation, we plan to work broadly and without presumptions. We have also seen these types of crimes undertaken by people who live in Sweden.”

Jerzy Sarnecki, a professor in criminology at Stockholm University, believes that the chances of catching the robbers, who he thinks are Swedish, are decent.

Sarnecki points out that serious robberies are usually solved in 50 percent of cases.

“In this case the chances are perhaps slightly higher as there are so many involved. It increases the chances of doing something stupid, like starting to spend the money or to get drunk and talk.”

Sarnecki also pointed out that as the case represents such an enormous loss of prestige for the Swedish police, massive resources will be allocated in the hunt for the gang.

As for the money swiped in the heist, Sarnecki predicts the chances of recovering any of the funds to be very slight. 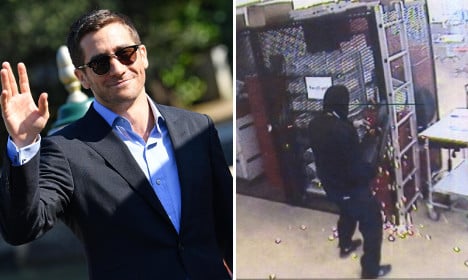 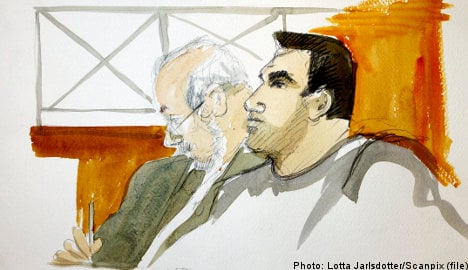 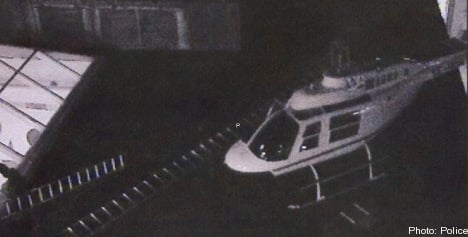 ROBBERY
‘I wasn’t the pilot – I was high on drugs’