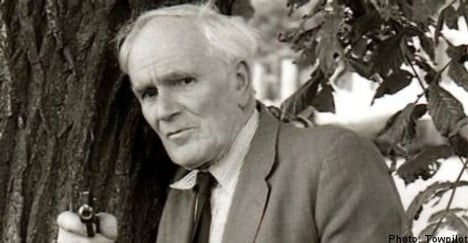 Parents of a Jämtland boy learned on Wednesday that they may now legally name their son Q, following a ruling by the Swedish Supreme Administrative Court (Regeringsrätten).

The higher court grounded its decision in the fact that “it has not been proven that the name Q may cause offence, or that it may lead to discomfort for the bearer of the name […] there is also no reason why Q is obviously inappropriate as a first name.”

“This has been going on for a while now,” he told Svenska Dagbladet (SvD) newspaper.

When asked why the name meant so much to them, Rehnberg replied,

“He’s been called Q almost since day one. He listens to the name and can actually say his own name. And if you read the law, you are allowed to be named after a letter,” he said.

“The law states that you shouldn’t have the same name as a letter, but not that you can’t. He is a unique child and we thought he should have a unique name – then Q popped up.”

The boy’s full name is now officially Q Anbjörn Jackrapat Rehnberg, though it may be a while before the youngster is able to pronounce it.

In a similar decision, the Supreme Administrative Court also overruled objections by the Swedish tax authorities in awarding a woman from Varberg in western Sweden named Ann-Christine the right to change her legal name to A-C.

According to the court, there is nothing to suggest that the name A-C is offensive to anyone

“The choice of a first name is of such a personal nature that the individual must be given complete freedom,” said the court.