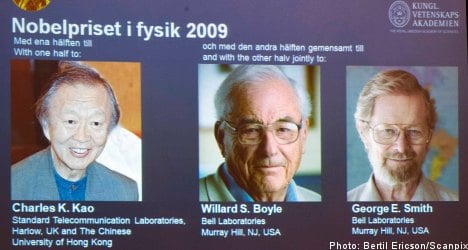 Half of the prize goes to Charles K. Kao, a British and US citizen, for “groundbreaking achievements concerning the transmission of light in fibres for optical communication”.

The other half of the prize will be shared by American George Smith and Willard S. Boyle, a US and Canadian citizen for “the invention of an imaging semiconductor circuit – the CCD sensor”.

Kao’s careful calculations carried out in the 1960s showed how light could be transmitted over long distances by optical glass fibres.

His discoveries led to the eventual mass production of ultra-pure glass fibres which today carry almost all data and telephony traffic around the world in the form of light flowing through thin threads of glass.

Among the types of information which flow across fibre optic cables are digital photographs, which were made possible through discoveries by Boyle and Smith.

Working at Bell Laboratories in the United States, the pair invented the first digital imaging sensor in 1969.

Known as a CCD (Charge-Coupled Device), the technology relies on the photoelectric effect, a theory which maps out how light can be transformed into electronic signals and for which Albert Einstein earned the 1921 Nobel Prize in Physics.

The CCD serves as a digital camera’s “electronic eye”, and helped bring about a revolution in photography by allowing light to be captured digitally rather than on film. 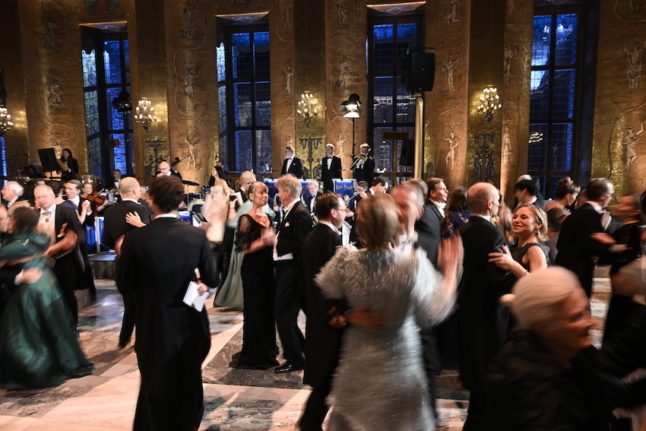 NOBEL
Advent Calendar 2022: The dinner that proves Sweden is anything but lagom
Url copied to clipboard!