“We’ve contacted Dole and asked to get the film, which we still haven’t seen, and we’ve also requested a meeting with them to discuss the issue,” said Lars Åström, who manages ICA’s fruit and vegetable suppliers, to the TT news agency.

The news of ICA’s meeting request comes on the heels of a decision by Swedish hamburger chain Max to stop carrying Dole fruit salad in response to a lawsuit filed by Dole against Swedish filmmaker Fredrik Gertten.

Gertten’s recent film, Bananas!*, portrays the efforts of Nicaraguan workers to hold Dole accountable for allegedly spraying them with a banned pesticide.

Dole contends the film is an inaccurate and biased account of the story, and has sought to have it banned by filing a lawsuit in the United States.

Dole’s Swedish subsidiary, Saba, is one of the Nordic region’s largest distributors of fruits and vegetables.

In recent years, Saba has seen its business grow steadily, reaching a turnover of 3.5 billion kronor ($496 million) in 2008.

Dole’s actions with respect to Gertten’s film have also caught the attention of Axfood, another major player in the Swedish grocery business which operates Hemköp and Willy’s grocery stores and also has a substantial logistics partnership with Saba.

While Kroon confirmed that Axfood plans to meet with Dole about the matter, he cautioned that his company has no current plans to break relations with Dole.

“We assess Dole in the same way as our other suppliers. If a certain supplier is in a legal dispute with someone, we’re not going to offer an opinion in the conflict,” he said.

Neither ICA nor Coop, another Swedish grocery chain which buys lettuce and canned fruit from Dole, have any immediate plans to boycott the US food company.

“There aren’t any plans now. Rather, we’re waiting until we get some more information,” said ICA’s Åström.

The head of Saba, Magnus Malmgren, didn’t want to comment on the banana dispute on Wednesday, instead deflecting questions to a Dole spokesperson in Paris, who TT was unable to reach for comment. 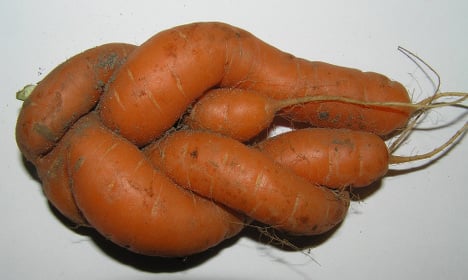