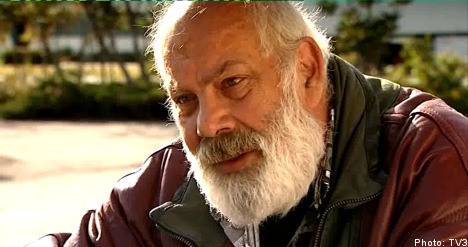 “Who am I? Please, has anyone seen me before?” pleads the man in an interview set to air on TV3’s Efterlyst (‘Wanted’) television programme on Wednesday.

The man, who refers to himself as Sami Hussein, currently lives in a hotel located in Arlöv outside of Malmö in southern Sweden often used by the Swedish Migration Board (Migrationsverket).

He speaks English well, but has no recollection of where he came from or how he came to Sweden.

“I don’t remember anything about my family, but there must be siblings, cousins, and all the rest, right? I can’t be alone in the world,” he told the Expressen newspaper.

“Sami” was found four weeks ago outside the Malmö police station, at which point he was taken to hospital for treatment of a mild stroke.

His first memory is waking up in the hospital bed.

Sami thinks he was born on March 3rd, 1949, but there is no record of anyone matching his description in either the police’s or Migration Board’s databases.

When he was found, Sami was wearing a black and white shirt and a dark red jacket.

While the last several weeks have been difficult for him, Sami is generally pleased with his time in Sweden so far – at least what he remembers of it.

“Everyone here in Sweden has been great! So helpful and friendly,” he told the newspaper.

“And it’s a very clean country.”

Sami hopes that someone will recognize him following his appearance on Efterlyst, which airs on Wednesday night at 9pm.

But until then, he is left to exercise his creativity when people ask him where he comes from.