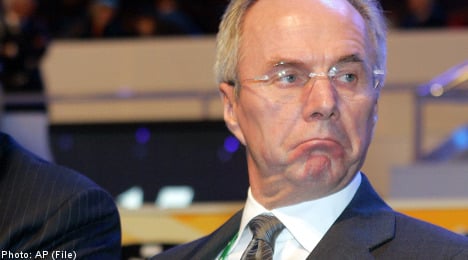 Lars-Åke Agrell, head of the Swedish Football Association, confirmed on Tuesday that Eriksson had turned down the opportunity to succeed Lars Lagerbäck, who decided to step down as manager following Sweden’s defeat at the hands of Denmark nine days ago.

“Last week we contacted ‘Svennis’, who is one of the people we have been considering as a candidate for the job as national team coach. We’ve had a good dialogue but he has now let us know that, in view of his contract with Notts County, he will not be in a position to take over with the national team at this juncture,” said Agrell in a statement.

Having endured 10 turbulent months as Mexico’s coach until April this year, Eriksson stunned the football world by joining lowly Notts County, in English League Two, as director of football in the close season.

The 61-year-old Swede twice led England in the tournament during his five years as national manager and first made his name as a coach when he led IFK Gothenburg to UEFA Cup glory in 1982.