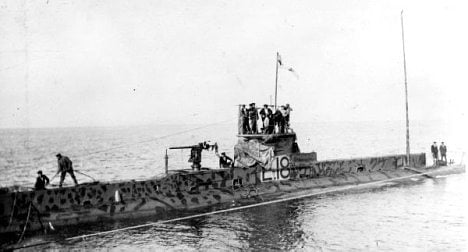 The British navy submarine, the HMS E18, sent to the Baltic Sea to sink German ships during the First World War, was found by the Swedish company Deep Sea Productions and confirmed in a statement on Thursday.

Together with five other submarines the HMS E18 was sent to the Baltic to support Russia. The vessel was last seen during routine exercises in May 1916, and has since then been recorded as missing without trace.

But with the help of maps detailing the location of mines littering the Baltic Sea bed the expedition, led by the diver Carl Douglas together with the Swedish firm Marin Mätteknik, located the submarine off the coast of the Estonian island of Dagö.

When the HMS E18 was found the submarine’s hatch was open which indicates that the vessel was at the surface when it experienced problems.

On board the vessel when it disappeared were stationed 30 British and three Russian seamen.

Deep Sea Productions is a Swedish firm founded in 1997 for the purpose of under water research, diving and film making. The firm says its driving force is “a passion for the unsolved mysteries of the sea.”

The First World War was the first major conflict which featured the deployment of British submarines as a weapon of war, after the launch of the country’s first submarine on November 2nd 1902.

The British E-class submarines were fitted with a twelve-pounder gun and were equipped with additional torpedo tubes.

The E-class was the main submarine used by the British navy’s submarine service in the First World War and saw action in the Atlantic, the Baltic, the Dardanelles and the North Sea. In total 58 vessels were built.