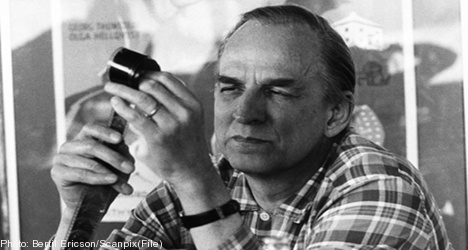 Hans Gude Gudesen, who made his fortune in IT, paid an undisclosed sum for the property, which was valued between three and four million euros.

The director died in 2007 and his belongings have been sold at auction in Stockholm over recent months, in accordance with his wishes.

The property consists of four buildings – one of which housed Bergman’s private cinema — on the coast of the remote Baltic island of Fårö.

The house is typically Swedish in style, built of wood and surrounded byrocks, sand dunes and pine trees, and the main building appears in “Scenes from a Marriage”, one of Bergman’s best-known films.

The Swedish government, which refused to buy the property, welcomed the

“For the government, it is important that Ingmar Bergman’s artistic heritage is preserved and made accessible,” the culture ministry said in a statement.

Bergman died at the age of 89 after directing more than 40 films during a career that spanned the second-half of the 20th century.