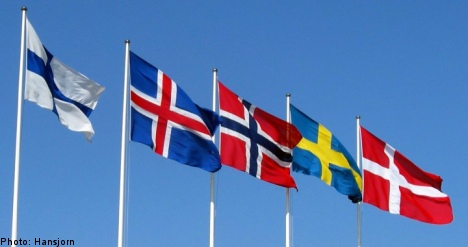 A union between the five Nordic countries – Sweden, Norway, Denmark, Finland, and Iceland – would give them a seat at big international gatherings, writes social scientist, historian, and author Gunnar Wetterberg in an opinion article in the Dagens Nyheter (DN) newspaper.

In proposing the creation of a Nordic ‘bloc of ice’, Wetterberg suggests that Denmark’s Queen Margrethe II would be the union’s obvious leader, drawing parallels between the Kalmar Union, which united Sweden, Denmark, and Norway from 1397 to 1523 and was governed by the Danish Queen Margareta.

Together, the five countries would be the world’s tenth largest economy – larger than Russia’s and Brazil’s, and one of the five or six largest economies in the European Union.

“By harmonizing economic legislation, the EU/EEA makes a Nordic union easier, but hardly reduces the need for one,” writes Wetterberg, referring to legislation related to the European Union and the European Economic Area.

With greater influence, the Nordic region could better protect its interests within the EU and find that key positions on the European Commission were more easily within reach, he believes.

However, Wetterberg admits that a unitary Nordic state isn’t realistic “and perhaps not desirable either – each country’s distinctive character has value in and of itself”.

One reason why he suggest Queen Margrethe II lead his proposed Nordic union is the symbolic value of the name.

“If it’s too hard for the others to swallow, the post could rotate between the countries,” writes Wetterberg.

The advantages of unification are so great today that politicians ought to take the idea of a Kalmar Union seriously, he believes.

“With 25 million residents, Nordic culture would have a stronger base than it does now. The market for Nordic literature, theatre, and music should be much larger than today,” Wetterberg writes.

He admits, however, that language might be a problem.

“One solution would be to have all students learn another Nordic language from the start, in addition to their mother tongue,” he proposes.

He believes that a unified Nordic region is completely realistic, “not least because of Swedish arrogance has subsided in recent decades”.