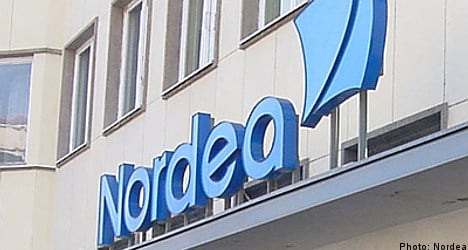 Nordea said that net profit in the three months to September fell by four percent from the figure 12 months earlier to €626 million ($927 million), compared with analyst forecasts for a drop of nearly 40 percent.

“The general level of risk has fallen but uncertainty about the strength of the recovery remains high,” chief executive Christian Clausen said in a statement.

“The macro-economic trends in Nordea’s markets and the rise in bad debt has stabilised,” Clausen added.

Nordea said bad loans rose nine percent in the third quarter compared with the three months to June but this was significantly less than in previous quarters.

For 2009, the bank said it expected higher profits when adjusted for risk compared with 2008.