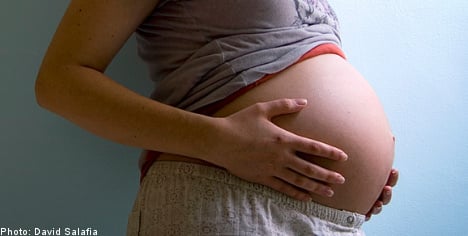 The Stockholm District Court on Tuesday ordered the agency to pay each of the women 50,000 kronor ($6,950) and to cover the legal fees incurred by the Equality Ombudsman (DO), which represented the women in the case.

“This feels really, really good. We’ve got some sort of vindication now. It’s not okay to treat us like that,” Linda Månsson, one of the women involved in the discrimination suit, told the Svenska Dagbladet (SvD) newspaper following the ruling.

The four women are today between 32- and 40-years-old. When they became pregnant, they worked as a bus driver, a nurse, a preschool teacher, and a workplace safety inspector.

They were told by their doctors during the last months of their pregnancies to abstain from working due to a variety of pregnancy-related conditions, including back pain, inguinal hernias, fatigue, sleeping problems, and pelvic arthropathy, all of which diminished their capacity to perform their jobs.

The social insurance agency nevertheless denied the women’s request for sick benefits, arguing that the complications were a normal consequence of pregnancy and that pregnancy isn’t considered an illness.

The women then took their case to the ombudsman, alleging discriminatory treatment by the agency.

The court concluded that Försäkringskassan was guilty of gender discrimination against the women and thus liable to pay their claims.

According to the court, the agency failed to show that its denial of the women’s claims didn’t have anything to do with their pregnancy and that people who weren’t pregnant who complained of the same symptoms would have also been denied benefits.

The ombudsman had also claimed that Försäkringskassan’s justification for the decision constituted treating the women in a way which insulted their dignity and was related to the fact that they were women.

The court, however, did not find the agency guilty of harassing or insulting the women as laid out in Sweden’s anti-discrimination laws.

The court pointed out that, according to the law, an incident must involve a clear and noticeable insult, such as abusive or degrading language, which was not the case with the agency’s treatment of the four women.

Social insurance minister Cristina Husmark Pehrsson said it was too early to discuss any possible changes to the law following the ruling.

“Today Försäkringskassan has been convicted for discrimination and that’s very serious and unacceptable,” she told the TT news agency.

“I plan to meet with the agency’s board next week and I will naturally bring this up and get assurances that Försäkringskassan takes this seriously and is continuing to address the issue so that people don’t feel they’ve been discriminated against.”