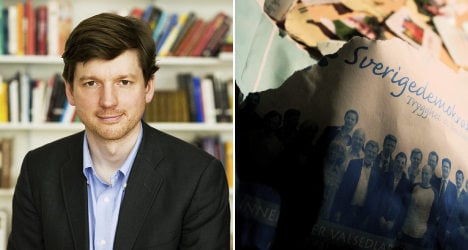 When I was five, I was pushed over by two boys at my preschool. I still have the scars from the ugly cuts on my left hand.

While my parents comforted me that evening, I grumbled about the “Frenchies” who had attacked me. I was taken aback, and a bit irritated, when my father interrupted to ask where they came from. I knew that they came from Africa. But where in Africa? Was it Cameroon? No, it was probably Senegal. Had I talked about Senegal with them, my father asked. He was disappointed to learn I had not. So he began telling me things about that exciting country himself. I waited for some kind of explanation as to why the “Frenchies” had been so mean to me.

Whether my father wanted to arouse my interest in West Africa or to make sure I understood the danger of using expressions like “Frenchies,” I’ll never know. But as usual he managed to infect me with his incurable curiosity about the world. About the fact that there’s a unique thread in each individual that leads straight into the mighty web of world history and world culture — and which you just can’t help talking about.

The Sweden Democrats recently had their annual congress. The economic crisis and unemployment, it is claimed, could bring them parliamentary seats, a pivotal role in Swedish politics and undue influence on future government policy.

I could write about the rational aspect. About the studies showing that immigration neither boosts unemployment nor reduces pay for the worst off. About the new report from the Government’s Expert Group on Public Finance, showing that public finances are hardly affected at all. That it is enough for just 72 per cent of foreign-born citizens to be in work for the Swedish taxpayer to make a net profit from immigration.

But I’d like to discuss the irrational aspect instead — the emotional side of the matter.

This is not only immoral, it’s stupid. In Denmark, Norway, the Netherlands, Switzerland, Belgium, Austria, France — the list goes on — every attempt to placate the xenophobes has simply served to strengthen the extremists.

This is because xenophobia has nothing to do with rational thought. In the part of the brain that generates emotions and stress, known as the amygdala, lies the caveman’s fear of the unknown. The more negative or disparaging about immigrants we are, the more the amygdala is stimulated to focus anxiety, stress and anger on the unknown. And the more our rational defense against fear breaks down.

The good part, though, is that what is morally right in this case is also politically effective. We are so much more than our amygdalas. We have equally strong impulses with regard to curiosity, optimism and compassion. Only one political tactic has managed to conquer xenophobia in the long run — that of enthusiastically describing time and again how people come here to join their life stories with ours and to bring us new ties, fascinating places, and cultures steeped in ancient history. This is what they’ve always done in Canada, one of the world’s largest melting pots and welfare states — and a country without a single anti-immigrant party.

It’s not a case of being merciful or “generous” (the term commonly used to describe our refugee policy). Nor is it a question of “reverse racism,” of excusing errors or shortcomings because of someone’s ethnic or cultural background. It’s the opposite. Each of us is responsible for his or her choices as an individual. For every stone-throwing teenager there are tens of thousands of people who have come from all corners of the world to contribute, to build Swedish cars, to write Swedish books, to save Swedish lives.

Ultimately, it’s a question of dignity. My Sweden is a progressive, optimistic country, open to the world. A country with affection for people and their fate. This is my native country, my father’s country, and I won’t let it be taken from me by xenophobes.

Having spent his life looking for the gleams of light, the cultural and historical ties, among all the injustices between nations, factions and coalitions, my father contracted cancer this spring. As it happened, the people who operated on him and cared for him included a Swedish–Latvian–Iranian surgeon, a Bosnian–Swedish doctor, and an Iraqi–Swedish and an Iranian–Swedish nurse. They gave him an extra few months, and then another week.

He spent that final week talking to us about the history and culture of the world, and about our little family’s place in all this. And naturally, curious as ever, he asked those who were fighting to keep him alive to tell him their stories so that he could learn about the strange and wonderful ways in which their destinies had become interwoven with his life and with ours.

This opinion piece was first published in Swedish by Fokus, an independent Swedish weekly. Journalist, debater and moderator Martin Ådahl was one of the founders of Fokus. Today he is head of the green and liberal think tank FORES, a forum for reforms and entrepreneurship.