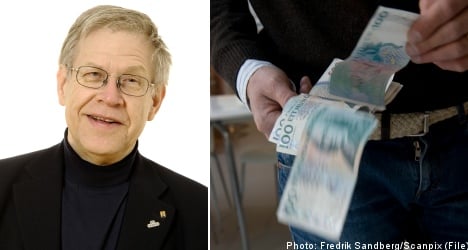 Åke Blomqvist, a member of the local council in Huddinge, south of Stockholm, holds a number of important positions within the municipality, including responsibility for matters relating to children and education.

However, the Liberal Party (Folkpartiet) politician has indicated he plans to quit his post before the end of the year.

The 67-year-old Blomqvist’s transgression took place last year after he came across a website offering dates and group sex. Curious, he thought it would “be interesting to try” paying for sex, he told the Metro newspaper.

“I was put in touch with a man who came to my home with a girl in the middle of the day. I paid 1,500 kronor ($220) for her, but never realized she was underage,” he told the newspaper.

Blomqvist said he came to have second thoughts and that no sex took place.

But the girl told police that she had sex with Blomqvist in his home last year.

The mastermind behind the teen sex ring, a 40-year-old businessman, was convicted in September and sentenced to four years in prison for aggravated pimping and other charges.