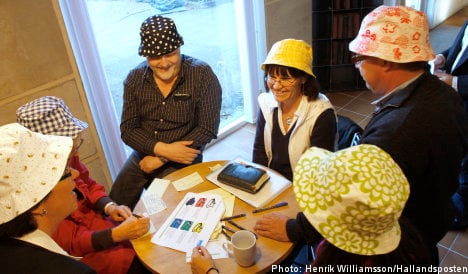 Like most of Sweden’s municipalities, Laholm has been hit recently by cutbacks and has committed itself to keeping costs to a minimum. But the town’s dire economic straits have not hindered the procurement of brightly coloured bucket hats, according to municipal director Kristina Kosunen-Eriksson, who initiated the move.

“This is a work tool, offering a non-traditional solution to a problem,” she told newspaper Hallandsposten.

At 300 kronor each, the hats were produced locally and are specially tailored to help Laholm’s leading civil servants form productive thoughts, with the different colours representing alternative modes of thinking. A yellow hat, for instance, is said to portray positive opportunities presented in a logical manner.

“At some level it has to be possible to be a bit crazy and think freely,” said Kosunen-Eriksson.

“Everybody could do with a change of hat sometimes,” she added.