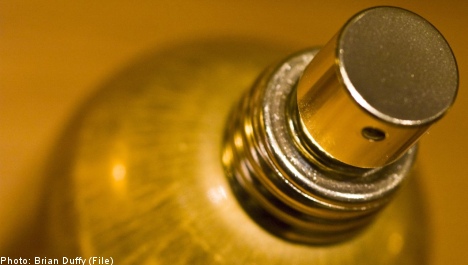 Prior to the confrontation, the two women, both in their 40s, had previously fallen out over the strong smelling scent, the local Motala & Vadstena Tidning newspaper reports.

The incident took place during a lunch break when one of the women lashed out, reportedly grabbing her colleague’s throat and threatening to kill her.

The woman has now been suspended from her position and an internal investigation is underway.

Officials from the Motala council confirmed that a person has been suspended and a police report was filed in conjunction with the incident.

“Our investigations are ongoing and we are continuing to speak with all parties involved; the victim, the attacker and witnesses,” council spokesperson Christina Welin told The Local.

As the investigation is in its early stages, Welin was unable to confirm which brand of perfume sparked the violent outburst.

“Our main task now is to investigate the death threat as we cannot tolerate colleagues treating each other in this abusive way.”