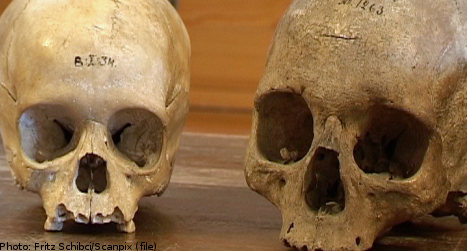 Three representatives of the Group Caring for the Ancestors of Hawaii attended the ceremony, as well as some 30 representatives from the Swedish indigenous Sami people, the museum, the Karolinska Institute, Stockholm University and the Swedish ministry of culture.

“The Museum of National Antiquities is returning five skulls and the Karolinska Institute is returning 17,” spokeswoman Ulrika Mannberg told AFP.

The skulls were brought to the Scandinavian country in the late 1880s by a Swedish researcher identified only as Dr Holmer, who took them from burial sites in Hawaii.

The skulls were for a long time kept at Uppsala University, north of Stockholm, and five of them were donated to the museum in 1997.

The Swedish government decided in May 2009 that the skulls should be returned to the Hawaiian community.

Swedish museums have since 2004 returned the remains of dozens of Aborigines to Australia and a totem pole to a Canadian aboriginal tribe.