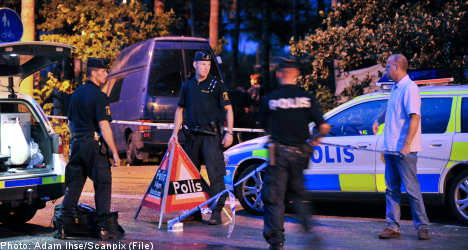 Prosecutors had argued that the teen should be sentenced to four years of juvenile care, the maximum sentence allowable, as the boy was only 16 years old at the time of the killing.

The murder took place in early August following a party at a house outside Borås. Under the influence of hashish and alcohol, the then 16-year-old boy was barred from attending the party when he tried to gain entry.

Later that night he ended up at a bus stop with the girl, who proceeded to say something condescending about the boy, according to his version of events.

He then hit her in the face and raped her before dragging her to a stream and throwing her in.

The girl ended up face down in the water, where she died from drowning and asphyxiation.

The district court in Borås also convicted the 17-year-old for aggravated rape and drugs offences.