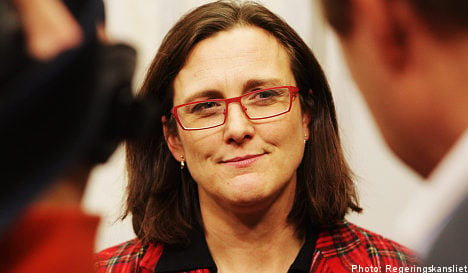 Barroso presented his 27 person team, and the policy portfolios allocated to each of them, for the mandate period 2009-2014, at a lunchtime press conference.

He announced his decision to divide the justice and home affairs commissioner portfolios and Swedish commissioner-designate Cecilia Malmström has been offered the home affairs role, according to a European Commission statement.

The post is considered to be one of the more heavyweight jobs on offer and one of the areas that Sweden had previously expressed an interest in.

The new EU Commission will have 7 vice-presidents, including Vice-President Baroness Catherine Ashton, who was presented last week as the High Representative of the Union for Foreign Affairs and Security Policy.

Cecilia Malmström is currently Sweden’s EU affairs minister and will succeed Social Democrat politician Margot Wallström, who is approaching the end of her second term as EU commissioner.